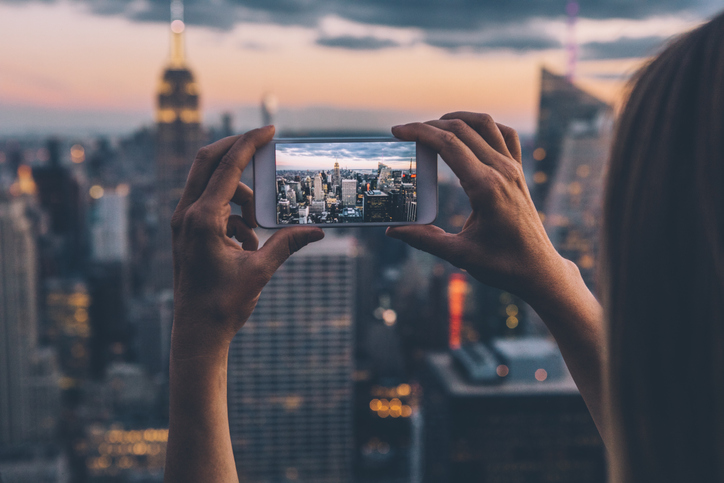 When it comes to cell phone photography, most people take a quick shot and move on. It’s so easy to take a snapshot, maybe add an artistic filter, and call it good.

But doing this really sells short what your cell phone camera is capable of. You might be surprised at how much control you actually have when shooting with your cell phone.

For example, did you know that you can directly control how bright or dark your image is? It’s a feature called exposure compensation, which is just a fancy way of saying that you can lighten or darken your image as needed.

You’ve probably noticed that sometimes your camera (or phone) gets the exposure wrong, causing your subject to be either too light or too dark.

It’s pretty common for this to happen if you have a lot of light tones in your scene, such as a sunny window, lots of white sand or snow, or a very bright sky.

When this happens it’s extremely handy to be able to override your phone’s camera using exposure compensation.

With iPhones, after you touch the screen to focus, it will also let you drag your finger up or down to adjust the exposure.

(By the way, did you know you can touch the screen to choose where to focus?)

With Android phones, it will vary by phone, but typically, after you touch the screen, you’ll see a slider appear and can also slide your finger up or down to adjust.

Get out your phone and try it right now!

Note that some camera apps will require you to enter “Pro” mode in order to get access to features like exposure compensation.

If you want to sell your cell phone photos to a stock agency, using exposure compensation is a trick you’ll definitely want to keep up your sleeve!