Can Stock Photography Pay the Mortgage? 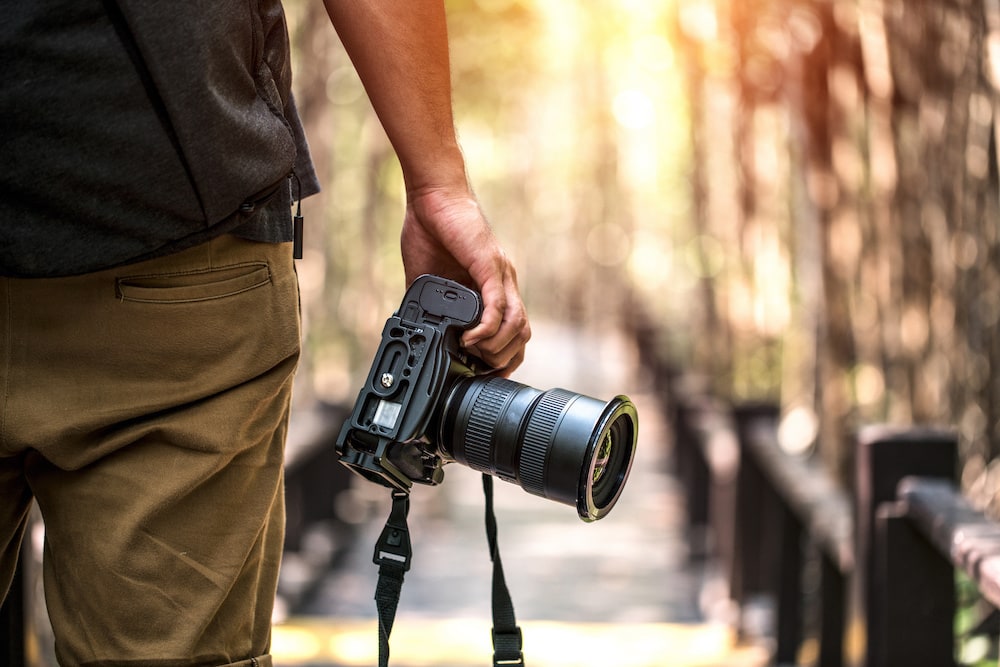 A few weeks ago, reader Steve Collender wrote in to tell me he reached his goal of 10,000 sales on Shutterstock, and in fact, blew right past that goal. At the end of his second year submitting photos to stock agencies, the sales are paying his mortgage, and then some.

This after getting laid off from his job and rejected from Shutterstock on his first try. Good thing he tried again because while sales have been great, he expects them to double next year.

Read on to see how Steve got started in stock… and how keeping at it pays off.

Bonnie: Steve, can you tell us a little bit about your background? How did you get into photography?

Steve: I have always loved photography, as long as I can remember. I got my first 35mm SLR camera when I was 13 and just started shooting everything.

At first, it was just a hobby, but I always wanted to make a profession out of it. I went to college in the late 70’s to become a cinematographer but didn’t finish my degree. Instead, I started working in the film industry as a camera assistant.

At the time the union was locked out so all I could do was non-union work that did not pay much so I had to quit and get a real job so I could still eat.

Eighteen years later, around the time when digital cameras came out, I was laid off from that job. So I went back to school to learn video production and bought my first digital SLR camera. I started a family video and photography company in 2004 and for six years it was our only source of income, with event photos, weddings, etc.

That’s been my profession until recently when I was called back to work for the airline I use to work for.

Bonnie: How did you get started in stock?

Steve: I met a photographer at one of the events I was shooting. When he gave me his card, there was a link to his profile on Shutterstock.

It looked like fun, so I joined up and submitted 10 of what I thought were my best photos. A week later, I found out I’d been rejected. That was a big blow to my ego. I started to doubt myself.

But at the same time, I thought that my shots couldn’t be that bad. So I submitted them to a few other agencies like Bigstock, Fotolia, and Dreamstime. I was accepted at all of those agencies on my first try and started uploading new photos for sale every week.

But after about a year I almost gave up because I wasn’t making the kind of money I wanted to make. One day my Shutterstock friend called and asked why I wasn’t selling photos there and I told him the story of my rejection.

He told me almost everyone gets rejected the first time, including him. So I tried again, this time with success. That was two years ago last month.

Bonnie: Which is your favorite agency now?

Steve: Shutterstock is my favorite by far because I make the most money there. I have made money every day there for the last 18 months. I also really like the forums. I learn something new almost every time I log on.

Bonnie: What do you like best about shooting photos for stock?

Steve: I can work at my own pace and I can make money around the clock — even if I take a week or month break from shooting or uploading, I still make money at a steady pace.

Bonnie: How much do you make at it, if you don’t mind my asking?

Steve: Well I’m just starting to get into it now. I consider my first year to be a learning experience. That year, I made about $1,500 from those first agencies I got into. Now, at the end of my 2nd year, I’m up to $6,000 from Shutterstock alone. But if sales continue as they have in the last couple of months, it should be at least double that by next year.

Bonnie: How much time would you say you spend on stock each month?

Steve: Until I was recalled to my job I was putting in about three to four hours a day. Now that I’m back to my full-time job I put in maybe an hour every other day and only upload photos for sale on the weekends when I get computer access.

Bonnie: Do you have any tips for someone who’s just getting started in stock?

Steve: Yes — Don’t give up like I did if you get rejected the first time. Read the forums on the stock sites you want to join. Look at the top selling photos and come up with different angles. Have a diverse portfolio, but have your own style to try to stand out.

Go to seminars, community colleges, join photo clubs in your area to keep the passion of photography going, and keep learning. You will learn from everyone you meet in this business. And be consistent in setting goals.

Now my goal is to pay my mortgage on my house in St. Louis and my rent where I stay for my job in New York.

And for the last two months, I have been able to do that with money left over to buy those breakfasts and dinners every week.