A tale of two best-sellers 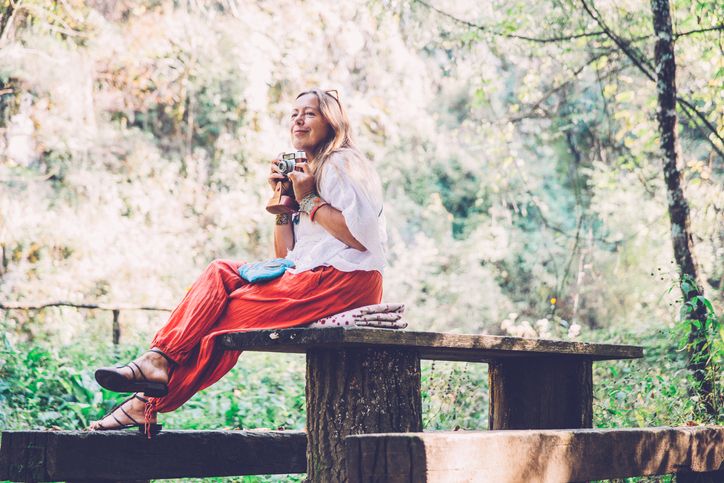 Here at Snap & Sell Photo Club, we’re pretty lucky to be friends with some of the best stock photographers in the world.

Which gives us an amazing opportunity to learn new skills and glean ideas from their experience.

Today, I’ve asked long-time stock photographer Shelly Perry to share her best-selling shot and tell us the story behind how and why she took it.

The best shots stand the test of time

By Shelly Perry in Portland, OR

Bonnie asked me to share one of my best-selling stock photos of all time, but I really have two that stand out. So, I’ll share them both.

This first photo was shot in Charleston, South Carolina way back in April of 2007!!

Yes, you read that right – for over 12 years, this image has been selling well at the top of my portfolio.

I have other shoots that have generated more momentum and income in shorter bursts of time (and they still sell from time to time as well) but as for staying power, this one has it.

It remains one of my top sellers to this day, averaging around $450 a year.

The real story behind this shot is that I was VERY sick at the time. I should have been in bed, but I could not pass up a once-in-a-lifetime chance to photograph this crew team’s practice.

I was invited to go on the small boat that the coach follows along in, but being sick, there was no way that was going to work out. So, I went to the “next” best place, which was atop the bridge they would be rowing under.

While I have several shots from this day, this is the one that truly carries the whole bunch.

From the moment I took it, I believed it would do well. And it hasn’t disappointed.

It’s amazing to me that after 12 years, it’s still going strong.

The reason I thought this would work is because it can convey a variety of messages about aspiration, teamwork, togetherness, achievement and so, it’s the kind of shot you see on posters and similar items.

Also, it has people (women in this case) without any clear details of who they are, which makes it “generic” in a sense and those type also do very well.

And then there’s this shot:

Why I wanted to include it is because of the back story. Some of you may have heard me speak about it before. If you don’t know me, you may be surprised to find out that I am quite shy.

I was at the airport here in Portland getting ready to depart on a trip, I stopped by Starbucks for my flight fuel and this guy was my barista.

He was shy and adorable, and I really wanted to photograph him.

At first, I walked away without saying a word. But then I went over to doctor my drink with the loudest self-talk going on in my head which finally landed on something like, “Well, if you don’t ask the answer is 100% NO. If you do ask who knows what could happen.”

I mustered up my courage and walked back over to him, handed him my business card, and said, “Hey, I’m a photographer and I’d love to do a shoot with you sometime if you’d be interested.”

He looked a little stunned and embarrassed and I left thinking that was that. But the next day he called!! We did this shoot and the rest is history!!

This particular shoot I was not as certain that it would take off and do well, but it far surpassed any of my wildest expectations.

It has slowed down significantly now but at its hay day it was selling multiple times a day for months and years on end. I’ve actually spotted this shot a number of times “in the wild” … right here in Portland.

So, the moral of this shoot for me is be brave and at least ask… don’t ever just walk away.

With just these two shoots in my portfolio I’ve gained thousands of dollars and continued sales. In many cases, the more “generic” you can make a photo the more it will extend the life of your sales. The best shots really do stand the test of time.